Fujitsu today announced that it has received an order for a supercomputer system from the Japan Aerospace Exploration Agency (JAXA), as the organization plans to expand its use in the HPC field in addition to conventional numerical simulations. Scheduled to start operation in October 2020, the new computing system for large-scale numerical simulation, composed of Fujitsu Supercomputer PRIMEHPC FX1000(1), is expected to have a theoretical computational performance of 19.4 petaflops(2), which is approximately 5.5 times that of the current system. At the same time, Fujitsu will implement 465 nodes of x86 servers Fujitsu Server PRIMERGY series for general-purpose systems that can handle diverse computing needs.

The system will contribute in improving the international competitiveness of aerospace research, as it will be widely used as the basis for JAXA’s high performance computing (HPC). It is also expected to be used for various applications, including a large-scale data analysis platform for satellite observation and an AI calculation processing platform for joint research.

As it conducts research of space development, aviation technology, and related basic technology, JAXA has used supercomputer systems to develop numerical simulation technologies such as fluid dynamics and structural dynamics in the study of aircraft and rockets. In recent years, in addition to conventional numerical simulations, the system has been expanding their role in the HPC field. For example, the system has processed earth observation data collected by satellites for use by researchers and the general public, while it has been used in AI calculations, including deep learning.

Features of the New Supercomputer System

As a successor to the JSS2 system, Fujitsu will implement a computing system for large-scale numerical simulations. The system will consist 5,760 nodes of PRIMEHPC FX1000, which utilizes the technology of supercomputer Fugaku jointly developed by Fujitsu and RIKEN. It is expected to have 19.4 petaflops, approximately 5.5 times the theoretical computing performance of the current system, in double precision (64 bit) usually used in simulations. In addition, a total of 465 nodes from x86 servers Fujitsu Server PRIMERGY series equipped with high memory capacity and GPU(6) will be deployed as they compose a general-purpose system capable of handling a variety of computing needs. With a large file system capacity of approximately 50 petabytes, including high-speed access storage system of approximately 10 petabytes, the new system will offer high performance and ease of use.

The implementation of PRIMEHPC FX1000 equipped with a highly versatile Arm architecture CPU A64FX will enable the application of various software and contribute to the widespread use of JAXA’s research results.

While enhancing the global advantage of JAXA’s aerospace research in the conventional numerical simulation field, the system, as the foundation of the Agency’s HPC infrastructure, will be used for an AI computational processing platform for joint research and shared use. The system will also be applied to a large-scale data analysis platform for aggregating and analyzing satellite observation data that had been previously stored and managed by different divisions at JAXA.

Fujitsu will support JAXA in making its philosophy a reality by solving its issues with experience gained through supplying supercomputer systems to the Agency since the 1970s. Offering PRIMEHPC FX1000 worldwide, the company will contribute in solving social issues, accelerating leading-edge research, and bolstering the competitive edge of corporations. 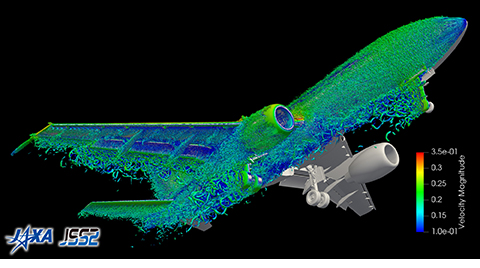 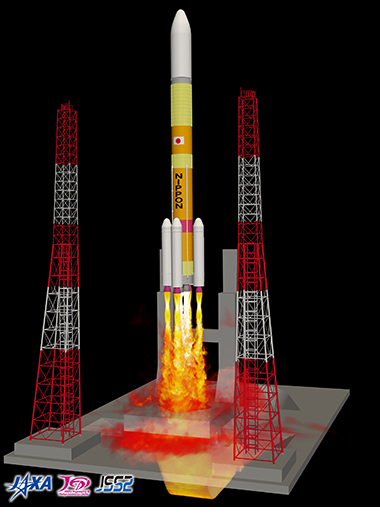 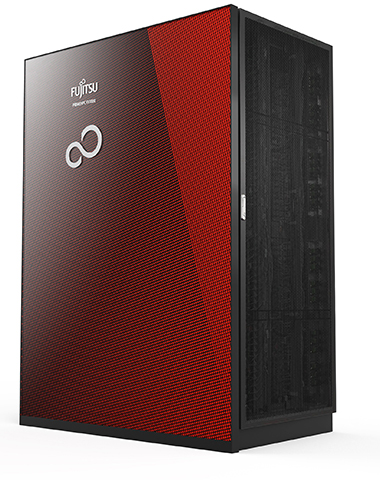 Main configuration of the new system

A large-scale numerical simulation environment has been essential in JAXA’s long ranging research and development in the aerospace field, and the currently operating JSS2 has greatly contributed to such progress. We expect that the new system will further improve simulation performance with PRIMEHPC FX1000, which utilizes Fugaku technology that excels in large-scale research. Moreover, we hope that it will play an active role in research in new fields such as AI